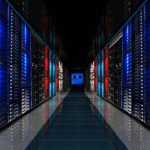 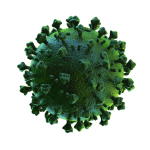 Can supercomputers and scientists crack the code?

Hidden in white coats in labs across the world are some of the “unknown front line” workers, otherwise known as researchers and scientists, who hold the keys to fighting the novel coronavirus. More than 25 United States-based supercomputers are now available for free to scientists searching for a vaccine or treatment against the virus. A simple phone call made five weeks ago by IBM, set a groundbreaking worldwide movement in motion with the research industry, academia and government uniting to combat the COVID-19 crisis through these sophisticated super computers.

Within a few short days of IBM’s call to the White House, the COVID-19 High Performance Computing Consortium was created. “IBM is co-leading the effort with the U.S. Department of Energy, which operates the National Laboratories of the United States. Google, Microsoft, Amazon and Hewlett Packard Enterprise have joined, as well as NASA, the National Science Foundation, Pittsburgh Supercomputing Center and six National Labs—Lawrence Livermore, Lawrence Berkeley, Argonne, Los Alamos, Oak Ridge and Sandia, and others. And then there are academic institutions, including MIT; Rensselaer Polytechnic Institute; the University of Texas, Austin; and the University of California, San Diego,” said Scientific American.

With the quick spread of this highly contagious disease, researchers are against the clock to find a cure. By using the supercomputers to run countless scientific calculations, researchers and scientists are able to drastically cut the time to discover new molecules that could ultimately lead to a vaccine. Right now, scientists from all over the world are trying to understand the entire life-cycle of the virus and then use computer modeling to see how it can disrupt its progression. Because the virus has been infecting humans for months now, there are an abundance of samples for computer modeling and analysis.

The science world has more tools at its disposal during this pandemic than ever before. With data, supercomputers and artificial intelligence, scientists are looking to create an era of accelerated discovery that has never been seen before in this era of human history. This joint effort shows us now, more than ever, how much we need each other and that by working together, we can truly change the world.

CEEF is a non-profit organization focused on developing educational support materials, activities, resources, and information about career opportunities in energy and STEAM fields for various programs, educational organizations, and events nationally. CEEF works to engage in and support activities and programs that motivate, inspire, and improve students’ understanding of the various career opportunities that are available to them if they follow a STEM path.

Your ticket for the: CodeBreak COVID-19?